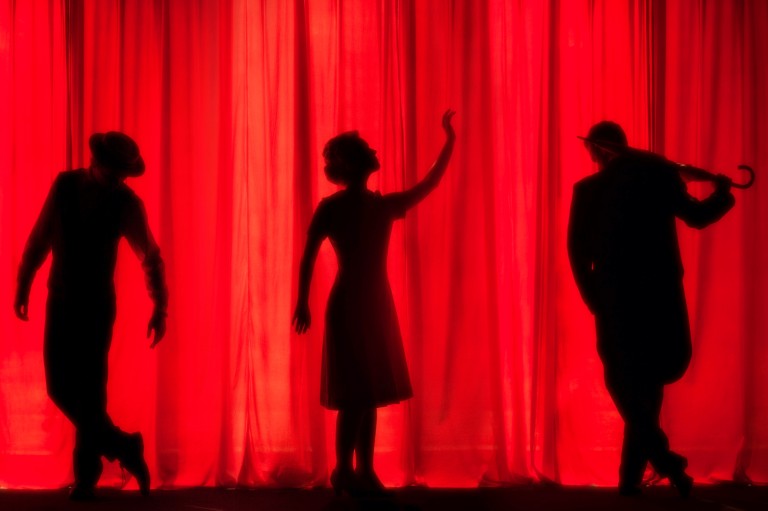 It all began with watching a video discussion about the Emotional Freedom Technique (EFT, or Tapping) featuring two New York Times bestselling authors and coaches, Cheryl Richardson and Jessica Ortner.

I’ve been tapping every day since March last year. I begin and end my day with it. It’s great! EFT gives you the ability to tap into your subconscious mind (which is what runs us) and to reprogramme it. I don’t always get huge AHAs when I do it, but boy, did I ever this time!

Encouraged by the nuggets I got from Cheryl Richardson in the video, I freeform tapped — just flowing with and saying whatever came up inside me — while tapping on the meridian points. Real stream of consciousness stuff.

To my utter surprise, I discovered that I still had an attachment to drama.

Now, if you asked me if I was still attached to drama, my conscious mind would have emphatically responded: Absolutely NOT. In fact, I had no idea that I’d ever been attached to drama at all!

In comparison to the turbulent way my life has been in the past, it’s very calm now. (Let’s just say that the highs and lows of my past would make a good few movies, filled with sex, drugs, rock-and-roll, binge eating, domestic violence, alcohol, attempted suicide and emotional chaos!) But I thought of these things as facts of my life, not as dramas.

My tapping session opened up my inner vision. I had experienced an unpleasant incident at work between a colleague and myself two days before, which still weighed on my mind. Now I saw that it wasn’t just something unfortunate that happened because we both felt stressed and I snapped at her. It was a drama.

I had an attachment to drama. It explained my whole life!

By the time I finished tapping, I felt clear, relieved. And changed.

But honestly, I also felt stunned for a day or so afterwards by this new revelation.

Freeing myself from this attachment has made such a difference to my behaviour, both psychological and actual. I have more patience and less frustration. More empathy and less judgement. More peace of mind and less fear. More confidence and less self-doubt. And the list goes on…

Then I realised that a thought pattern I previously had no control over has gone now. I was reading Brené Brown’s excellent book, The Gifts of Imperfection: Let Go of Who You Think You’re Supposed to Be and Embrace Who You Are. In a section about her own inner struggle for worthiness she hilariously says:

I want people to see us picking up our dog’s poop in biodegradable bags and think, My God! They are such outstanding citizens!

Boom! My mind flashed to the mini imaginary dramas my subconscious mind used to run at will, starring me as either the amazing hero, or the suffering victim. Consciously, I knew these fantasies came from my ego. And the ego doesn’t care if it’s the hero or the victim, just so long as it’s the central, most important character. But my conscious knowing didn’t give me the power to stop these dramas from happening in the theatre of my mind, in which I was both actor and attentive audience.

And that bothered me. The subconscious mind records everything we put into it: real or imagined, fact or fiction, helpful or harmful. It faithfully adds the energy imprint of our every thought, word and action to the default programme that runs us, whether our conscious mind likes the effects of that programme, or not. Even worse, as a Buddhist practitioner, I know that repeated negative or destructive thoughts/words/actions create deeper negative karma that is harder to shift.

But that tendency has gone! A wispy shadow of it tried to return last night, when I was vulnerable to negative thinking due to tiredness. But I caught that shadow immediately, and calmly returned it to the “no longer needed, thank you” box.

Which I then firmly locked.

Photo by Kyle Head on Unsplash